Delegant was founded in 2011 by Angie Major and Adrian Parrott. Delegant has grown year by year and we have a growing Team of experienced and highly motivated individuals. Our Team have a broad expertise in the various aspects of Event & Association Management and use this to exceed the expectations of our customers, delegates and members of the associations and events that we run.

Event and Association Management requires a broad set of skills and we are delighted that our Team are able to fulfil the requirements of our customers without the requirement to sub-contract services.

Delegant was founded in 2011 by Angie Major and Adrian Parrott. Delegant has grown year by year and we have a growing Team of experienced and highly motivated individuals. Our Team have a broad expertise in the various aspects of Event & Association Management and use this to exceed the expectations of our customers, delegates and members of the associations and events that we run.

Event and Association Management requires a broad set of skills and we are delighted that our Team are able to fulfil the requirements of our customers without the requirement to sub-contract services.

Angie Major is the Managing Director and co-founder of Delegant. Angie has over 20 years experience within membership associations and event management. Angie has a solid background in business administration and finance working for both small and large organisations before moving into the pharmaceutical industry and the not-for-profit sector. Angie held the position of Membership Development Manager with the Institute of Clinical Research during the early 2000s and was instrumental in the restructure of the membership levels and running of Committees, member focussed events in the UK and across mainland Europe. Angie’s key strengths lie in people and project management as well as building effective relationships with customers, venues and third party providers.

Adrian Parrott is the Technical Director and Co-founder of Delegant. Adrian has over 20 years experience of working with a diverse range of organisations. With a background in healthcare Adrian has worked with organisations ranging from multi-national public companies through to private equity backed start-ups. Adrian started his career in a scientific role before moving into operational roles in the areas of project management and then into Commercial and Organisational Director roles. Adrian co-founded Delegant in 2011 and has been instrumental in the year-on-year growth of the business. Adrian holds a first class degree in mathematics, a Masters Degree in Statistics and a Masters of Business Administration (MBA) from the University of Durham.

Laura New is fully qualified AAT with over 20 years’ experience in Finance in various industries. Laura started her career as Accounts Assistant in a not for profit digital services company. From here she moved to a role of Accounts Assistant at an international company specialising in supplier risk assessments. She then moved to work in the leisure industry as Finance Manager being responsible for head office and local leisure centre’s management accounts and payroll. Laura joined a growing bookkeeping practice in 2015 before moving across into the role of Finance Manager for Delegant in July 2019. Laura’s responsibilities include daily bookkeeping, monthly management accounts and payroll for our association clients, conference and event budgets as well as having financial responsibility for Delegant.

Dominique has a wide range of both events and membership experience gained from a variety of areas. Dominique started in events during a university placement and later returned, working as part of a team delivering high quality hospitality to major sporting events such as the 2010 Vancouver Winter Olympics, the London 2012 Summer Olympics and The Championships, Wimbledon. Dominique later moved on to working at Phyllis Court Club in Henley-on-Thames, where she took on the role of planning and organising a large array of events such as conferences, meetings, weddings and parties. Dominique joined Delegant in 2020. With a sound knowledge of the sector and excellent organisation and communication skills, Dominique is a key part of the team, helping to deliver excellent service to both our associations and delegates.

Tracey has over 20 years’ experience working as a graphic designer and artworker within a variety of industries including automotive, pharmaceutical and electrical. Having started her career working at a lithographic print company, she developed her knowledge of design for print, giving her the ability to advise on the most suitable direction of a project. This experience led to Tracey becoming involved in producing materials for events and exhibitions. Most recently, she has been expanding her skill set to include website design and social media marketing.

Kate joined the Delegant team in 2021. Kate has over 20 years in administration working with various industries and spent a lot of her career working for an international events management company that provided travel arrangements and high-quality hospitality to major sporting events. Some of the events that Kate worked on included the 2007 Rugby World Cup in France, 2008 Beijing Olympics, 2009 Lions Tours in South Africa and Finally the 2010 FIFA World Cup, also in South Africa. Kate later moved on to working for one of the largest UK car retailers, where she worked alongside the Head of the Training to Department to arrange, coordinate and help deliver the company’s internal training courses to all their sales force.

Beth is the most recent member to join Delegant in 2021.  Beth brings her passion for social media to the newly created role of Digital Marketing & Content Assistant. Beth began working as an Apprentice in Business Administration before progressing into marketing within the Education sector. Within that role she was involved in a wide variety of social media campaigns, across multiple channels, as well as expanding their reach and growing their followers. Beth’s creativity, as well as her understanding of the constantly changing world of social media, will ensure Delegant can continue to provide customers with social media services that is on trend and meets their needs.

"No stone has been left unturned. The organisation and delivery was outstanding. Absolute Professionalism" 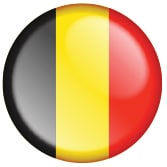 Chairperson, International Membership Association160 PERSON CONFERENCE, BRUSSELS, BELGIUM
“Brilliantly organised, best conference ever. Pleasure to work with Delegant and we are already planning for next year” 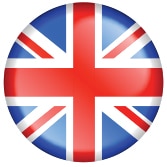 Executive Director, UK Based Organisation600 PERSON 3 DAY CONFERENCE, WALES
“This has been the best organised investigator meeting we have ever been involved in” 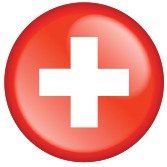 Delegant provides management services to a wide range of not-for-profit membership associations. This includes everything from membership subscriptions through to organising training courses and annual conferences.
Click Here

Delegant provides full-service event management to a diverse range of organisations and associations. These range from international healthcare companies through to UK based membership associations.
Click Here